IT Insights: The power of metrics

Today we welcome our newest blogger, JP Batra. JP is the founder and Chief Technology Officer of Blue River International, Inc., a consulting company specializing in information technology strategy. He is an experienced IT executive with a resume that features a long list of accomplishments. You can read more about him in his bio on this page, and you can visit his company's website here. In his "IT Insights" blog JP will periodically write about his extensive experiences in the information technology field.

rograms and projects can cover a broad range of goals – developing and launching new products, responding to competition, meeting regulatory and compliance requirements, implementing operational efficiencies and many more. But far too many managers will fall short of success because they fail to devise a proper benefits realization plan. 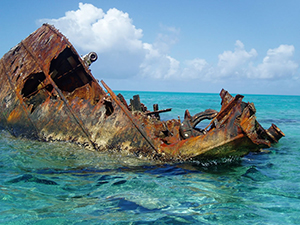 Recently, I was hired by a Fortune 500 company with major operations in Colorado to help turn around a struggling program aimed at introducing its consumer products to an international market. The program encompassed nine project managers and 17 projects that had been underway for more than a year.

It was a complex initiative that the company hoped would open new domestic and international markets. The company planned to announce the international product launch as a new source of revenue during upcoming quarterly analyst briefings. Time was running out and the realization of benefits was in jeopardy.

Throughout the year, the program had been adjusted to meet changing business and organizational requirements. Stakeholders and program teams believed everything was under control until the last few months prior to product launches.

The program was designed to deliver a set of related benefits that collectively presented a high quality consumer experience, along with a rich feature set that surpassed the firm’s competitors. Unfortunately, previous program adjustments had actually removed some of the projects that were critical to the very user experience that was intended to outshine the competition.

A gap analysis quickly revealed the flaws in the troubled program. Instead of diluting the user experience portions of the program, the company should have eliminated some of the more advanced features that were planned. While a rich feature set may have offered more to the consumer, a diminished user experience would have seriously hindered consumer adoption of the product.

Once the analysis was presented, the company restored the “full user experience” projects and scaled back some of the richer features. Ultimately, the program was successfully launched and the company was able to announce its product launches during the scheduled analyst briefings.

The company could have avoided a lot of problems had it devised a bona fide benefits realization plan at the start of the program.

A benefits realization plan clearly identifies the business benefits of a project and documents a plan to achieve them. Ongoing reviews of the plan track the “planned” and “actual” results in a variety of areas, including whether the program was delivering the promised benefits. To ensure that stakeholders and project teams keep a strong focus on the program’s intended value, planned and actual results need to be reviewed and updated whenever the program is adjusted.

With a good benefits realization plan, the company described above could have adjusted its program while making sure that the intended benefits were preserved. A benefits analysis at the time of proposed adjustments would have revealed the negative impact of removing the “user experience” portions of the program.

Throughout its lifecycle, a program and its constituent projects are frequently adjusted to meet business needs or a changing company environment. Adjustments might include a reduction of scope, resource reallocation, delivery schedule changes, redesign of processes or many other alterations that will likely affect the ultimate benefits of the program.

While well-meaning adjustments may address immediate needs, they can also result in unintended consequences that will severely impair the originally desired benefits. Measuring the impact of such adjustments is nearly impossible without a benefits realization plan.

Managing a program without a benefits realization plan is like steering a rudderless boat. Without it, there is no way to be sure that the delivery of benefits has not been compromised by decisions made during the program execution phase.

The IT Executive Odyssey: Three lessons for your future

IT Insights: The power of metrics

The IT Executive Odyssey: Journey to a new post

TechJobs: Are you really ready for a startup?

The IT Executive Odyssey: Three lessons for your future

RockyMountainTechLine.com aspires to be the definitive journal of the information technology industry in Colorado. The website is intended to be the essential reference for IT professionals throughout the state. TechLine is an indispensable source of knowledge for anyone who works or does business in computer-related and telecommunications fields. Our mission is to provide complete, accurate and independent coverage of people, products, businesses and activities related to computer technology fields in Colorado. For more about our goals and objectives, see About Us.

WE WANT TO HEAR FROM YOU

Got news about you or your company? Want to spread the word about your upcoming events? Have a story suggestion? Want to tell us what you really think about an issue? It's easy. E-mail us, or fill out the form on our Contact Page. Or just pick up the phone and call us at 303-808-9967. You can even snail-mail us at 8121 East 6th Avenue, Denver, CO, 80230. At Rocky Mountain TechLine, if you're into technology, you are the news.